Rachel Vasilyev has been involved in rhythmic gymnastics for ten years. She began as a competitive gymnast, and was a member of the Junior Olympic team in levels 7 and 9. In Rhythmic Dreams' first on-stage production, she played the leading role of Cinderella.   After training at Rhythmic Dreams for five years, she became a member of the staff, coaching recreational classes and assisting the head coaches. Now, she has been working as a coach for five years. Rachel is an undergraduate student at Boston College, getting her degree in International Economics. She speaks Russian, English, Spanish, and is proficient in Portuguese. Gymnastics was an integral part of her young life, and she wishes to share her passion for the sport with as many young girls as possible! 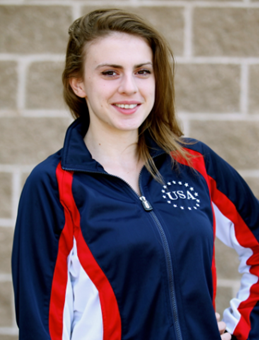